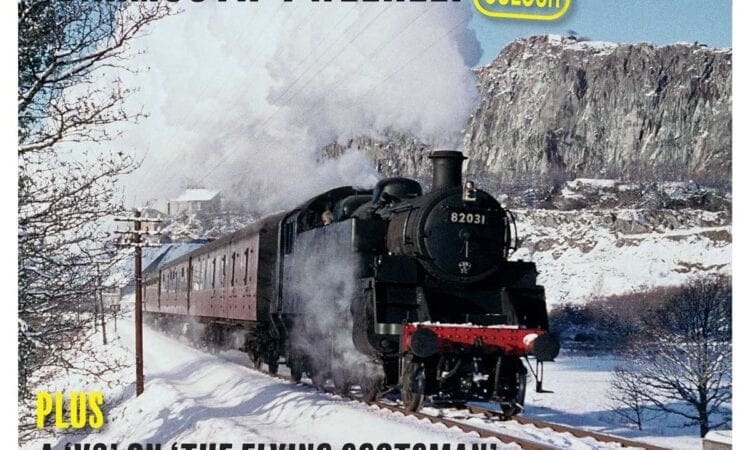 Packed with fully illustrated articles, Steam Days also covers the history of the railways of Great Britain from the early days of the 1800s through to the end of steam on British Railways in August 1968. The brand new February edition of Steam Days includes:

Steam on the Cambrian – Barmouth to Pwllheli

Shown in both Western and London Midland Region days, this line is rarely far from the coast and is much loved by holidaymakers.

West Coast roots – The Wigan Branch and its connections

Parkside on the Liverpool & Manchester Railway was the origin of the first public railway to Wigan. Stanley C Jenkins MA and Andrew Kennedy trace its evolved form as part of the West Coast main line, and considering the multitude of links as part of the L&NWR.

Failures of locomotives on titled trains occurred occasionally, Chris Andrews tells how a ‘V2’ saved the day for ‘The Flying Scotsman’.