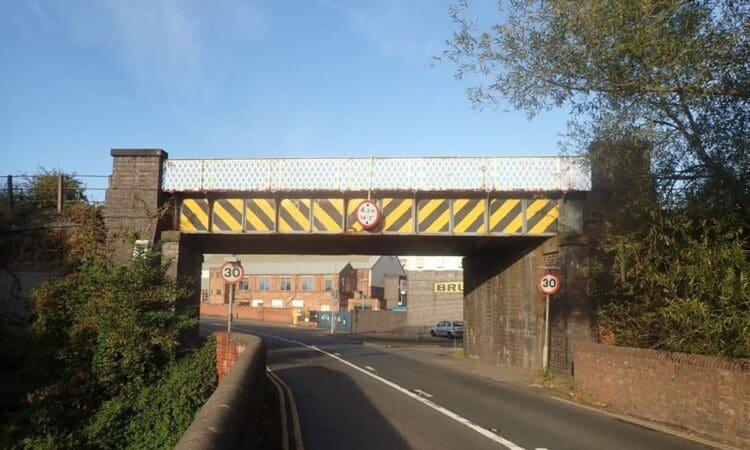 The Great Central Railway PLC’s Board have approved for work on the replacement of Bridge 326 crossing the A60 adjacent to the former Brush Works in Loughborough to begin.

A purchase order has now been placed with VolkerLaser who are the preferred main contractors. Fabrication of the two new steel and concrete U decks will commence as soon as the final design work is completed by HBPW Consulting of Retford and the steel arrives at the fabricators, Carver Steel in Harworth, Doncaster.

Volker will be ready to demolish the old bridge deck and install the new twin decks from October 1, as well as making good the existing bridge abutments.

This will enable both the track to the midland mainline chord and the future line from GCR south to pass over the newly-constructed bridge. Two tracks over the bridge are essential to secure a future connection with the mainline.

This project represents the next major step in the reunification of the Great Central Railway Loughborough with the northern section which leads to Ruddington in Nottinghamshire.

The project will cost in excess of £1 million and is projected to be completed by the end of October this year. The bridge replacement will be funded by supporters and the Railway’s charitable trust and will therefore be cost-neutral to the PLC.

Michael Gough, the Railway’s Managing Director, said: “This project represents another major step in the drive for reunification of the two GCR sections and in the return of the currently-disused northern section of line back to traffic.

“This is a 120-year old structure which is certainly life-expired and cannot be repaired and we are pleased once again to be able to work with the team at Volker who have proven to be trusted partners on two previous bridge projects for the Railway that have both gone incredibly well.

“With only 4.3 metres from the underside of the deck to the road, the old bridge has frequently “seen action” in terms of bridge strikes from high-sided vehicles trying to pass underneath and we are designing the new structure to achieve maximum additional headroom as well as building collision protection measures into the new structure.”