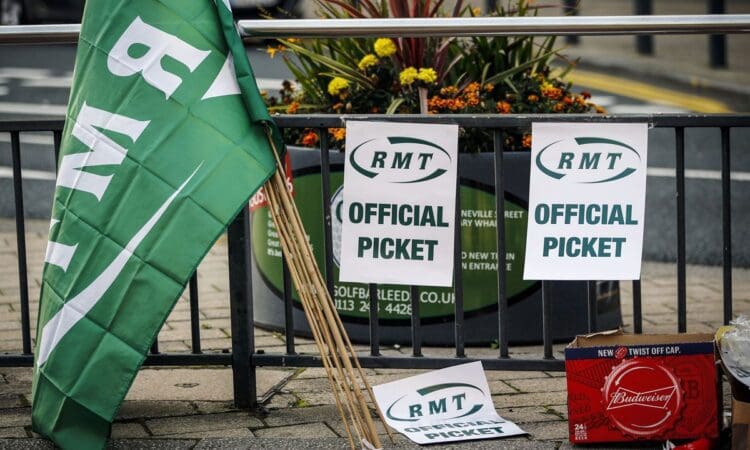 A rail operator is warning of a “significant reduction” in services on Sunday because of a fresh strike by conductors in a long-running dispute over pay.

TransPennine Express (TPE) asked customers to plan carefully as there will be an amended timetable in place because of the action by members of the Rail, Maritime and Transport union (RMT).

“We’re advising customers not to travel on the majority of routes and to plan carefully if journeys are necessary,” said the company.

The RMT has also announced further strikes on Sundays until June 5, on Easter Saturday, April 30 and on June 4, the Jubilee Bank Holiday.

The RMT said there is a large discrepancy in pay levels for conductors and other train crews for doing the same thing.

General Secretary Mick Lynch said: “Our rock solid strikes will bring the network to a complete standstill and the blame firmly lies with TPE management’s intransigence on this issue.

“What we are asking for would cost the company less than the loss of revenue from strike action.

“RMT remains open to talks about properly rewarding our conductors for the crucial role they play in keeping the trains moving.”