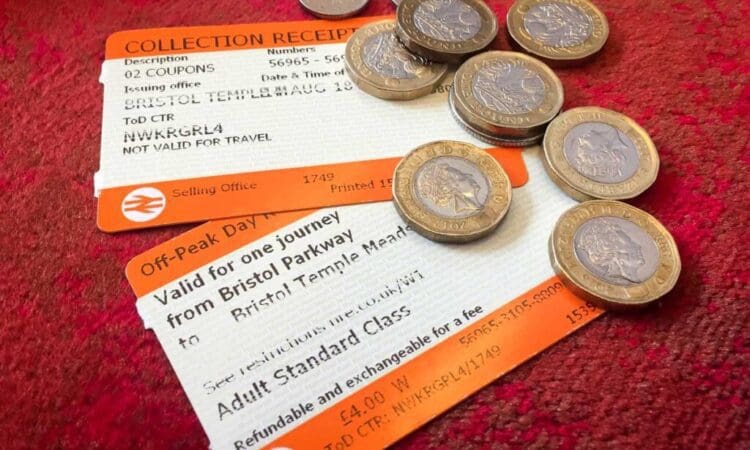 Train passengers will be hit with the largest fares rise in nearly a decade next year.

The Department for Transport announced ticket price increases in England will be capped at 3.8% from March 1.

In Scotland, the increase will be implemented on January 24. The Welsh Government has not announced its plans.

The figure of 3.8% is in line with July’s Retail Prices Index (RPI) measure of inflation. It will be the steepest increase since January 2013, according to figures from industry body the Rail Delivery Group (RDG).

This year’s rise in fares in England and Wales was based on the previous July’s RPI plus one percentage point. The Scottish Government imposed smaller rises for some journeys.

A 3.8% rise would lead to hikes in the cost of annual season tickets such as:

Increases are normally implemented on the first working day of every year, but have been delayed due to the coronavirus pandemic.

Rail minister Chris Heaton-Harris described the 3.8% rise as a “fair balance” which means the Government can “continue to invest record amounts into a more modern, reliable railway, ease the burden on taxpayers and protect passengers from the highest RPI in years”.

He added that delaying the changes until March enables people to save money by giving them longer to renew their tickets at current prices.

Andy Bagnall, director-general of the RDG, welcomed the decision not to continue the 2021 policy of raising fares by RPI plus one percentage point.

He said: “It is important that fares are set at a level that will encourage more people to travel by train in the future, helping to support a clean and fair recovery from the pandemic.”

He added the rail industry knows it “must not take more than its fair share from the taxpayer”, which is why it is working to create a “financially sustainable and more passenger-focused service”.

But shadow transport secretary Louise Haigh claimed the “brutal” fares increase are “a nightmare before Christmas for millions of passengers”.

She continued: “Families already facing soaring taxes and bills will now be clobbered with an eye-watering rise in the cost of the daily commute.”

Rail union the Transport Salaried Staffs’ Association accused the Government of being “hell-bent on discouraging rail travel”, claiming the fares increase will “put yet more people off and price many out of rail travel completely”.

Demand for rail travel is more than 40% below pre-coronavirus levels.

Rail fares in Northern Ireland are set by state-owned operator Translink, which does not use RPI.

The DfT also announced the Book with Confidence scheme will be extended until March 31.

This allows passengers to change their travel plans up until the night before departure, without being charged a fee, or cancel their tickets and receive a refund in the form of rail vouchers.