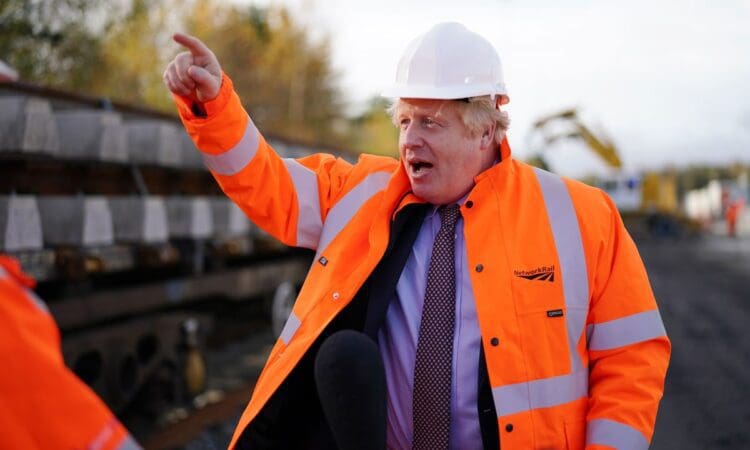 The Government has been accused of a “betrayal of trust” as it set out its long-awaited revised plans for Northern England and the Midlands.

Improving rail links in the North and Midlands is an “absolute priority” for Boris Johnson, Downing Street insisted in the face of mounting anger about plans to scrap key projects.

In a major rail review on Thursday, the Government is expected to scrap the eastern leg of the HS2 high-speed rail route between the Midlands and Leeds.

Transport Secretary Grant Shapps will dispatch the first passenger train to run on the Dartmoor Line for over 50 years.

Prime Minister Boris Johnson declared that improving transport links is “essential” to levelling up, ahead of the resumption of regular rail services on a line in Devon.

Contactless ticketing at 700 train stations to ‘level up’ the North

Contactless ticketing will be introduced at more than 700 train stations in what the Government claims is an effort to “level up” the North and Midlands.

Transport Secretary Grant Shapps said passengers in these regions have “waited far too long” for the simpler ticketing system, which has been used on Transport for London (TfL) Tubes and trains since 2014.

Rail services through Salisbury will fully resume 16 days after a crash involving two trains, the rail industry has announced.

Plans to restart London Underground’s Night Tube have been hit by an announcement of strikes by drivers in a dispute over staffing.

Drivers on London Underground’s Night Tube are to stage a series of strikes from later this month in a dispute over staffing, a leading rail union has announced.

Most London Overground routes are currently operating with revised timetables.