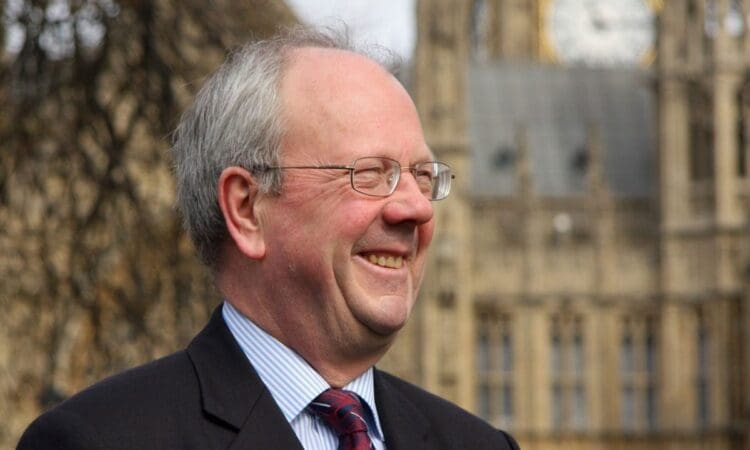 The Heritage Railway Association (HRA) President, Lord Faulkner has secured Government’s assurances that the Environment Bill will have no direct impact on the heritage steam sector.

Lord Faulkner was also assured that the Government do not intend to change its policy towards heritage steam.

Lord Faulkner received wide support from fellow peers in the summer and autumn after he highlighted the risk the heritage industry could face without assurances from the government that it would be unaffected by the Environment Bill.

Heritage Rail operates some of the most fuel-efficient services per passenger mile, provides £1bn to the national economy and supports over 4,000 jobs.

Lord Faulkner’s tabled amendments hit the headlines after Baroness Neville–Rolfe spoke in support of Heritage Rail in the Lords’ debate on 5th July, saying: “…this Bill could bring about the death of Thomas the Tank Engine and his or her nautical steamboat equivalent…”

In response, Environment Minister Baroness Bloomfield of Hinton Waldrist confirmed that heritage vehicles are not within the scope of the Environment Bill including steam trains, road vehicles and boats.

Baroness Bloomfield said: “We listened to the concerns raised by the heritage bodies during consultation on the measures, as well as engaging with the inquiries of the All-Party Parliamentary Group on Heritage Rail.

“I can confirm that there will be no direct impact on the heritage steam sector as a result of this Bill. The Government do not intend to bring forward policy that would have a direct impact on it.”

In her subsequent letter to Lord Faulkner of October 11, Baroness Bloomfield made clear that “the Smoke Control Area Provisions in the (1993) Act, and the amendments to them through the Environment Bill, do not and will not apply to smoke from steam trains or road steam vehicles.”

Lord Faulkner said: “I am pleased at the overwhelming response from fellow peers for my tabled amendments which were designed to secure the future of heritage steam.

“I am reassured that the significance of heritage railways has been recognised and, in particular, the need to protect the steam heritage sector from additional environmental restrictions. “

He added: “I have been assured that the Smoke Control Area provisions of the Environment Act will not apply to steam trains.”

“Existing control under Section 43 of the Clean Air Act 1993 requires that practicable measures are taken to minimise the emission of dark smoke by railway engines.

“We will emphasize to our member railways, all of whom already take their environmental responsibilities very seriously, that they must, so far as practicable, minimise dark smoke emissions.”

The HRA is further reassured after the Lords’ debate in July 2021, and subsequent national publicity prompted Defra to issue a statement:

“The Government understands and appreciates the important contribution that the heritage sector, including steam railways, makes to our national culture. The smoke emission measures in the Environment Bill will not apply to emissions from steam trains.”

As the result of Government assurances that the Environment Bill would not impose additional smoke controls on the heritage steam industry Lord Faulkner did not need to press his amendments to a vote.