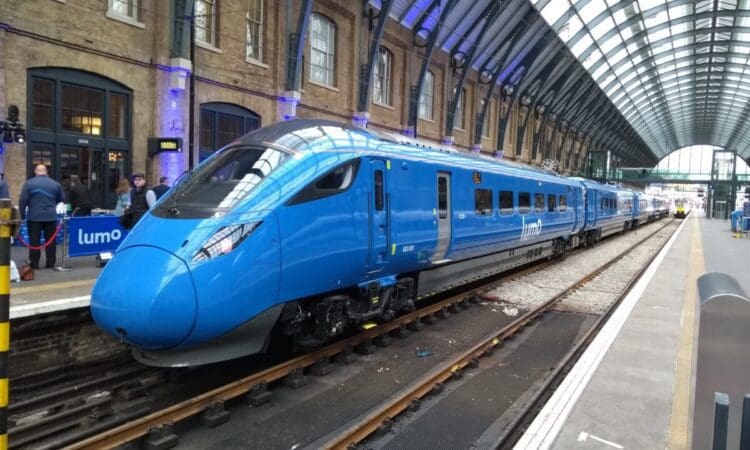 A new Anglo-Scottish train service has launched in an attempt to compete with cheap airlines.

The inaugural London King’s Cross to Edinburgh Waverley Lumo service departed at 10.45 am BST on Thursday.

Train passengers stranded for hours due to damaged electric wires

Train passengers were stranded on trains and at stations for several hours after overhead electric wires were damaged.

The problem began shortly before 7 pm on Tuesday near Cambridge, leading to several lines serving the city being blocked.

That’s ‘swan’ way to go about it: Wandering cygnets rescued by railway workers

Two baby swans have been rescued by Network Rail staff after wandering onto train tracks.

The cygnets were spotted on Thursday by a member of the public, who then alerted staff workers Steve Brough and Daniel Deaville.

Train services on Southeastern’s network will be taken over by the Government today after the franchise holder failed to declare more than £25 million of taxpayer funding.

The switch, announced last month, involves the Department for Transport (DfT) running trains under the Operator of Last Resort (OLR).

Avanti West Coast and Alstom are offering enthusiasts the chance to get their hands on some eagerly sought after railway artefacts to help raise money for charity.

Two Super Voyager nameplates and a pair of Crewe Station signs are up for grabs, the proceeds of the auction going to the charity Railway Benefit Fund.

Swanage Railway has announced the return of the evocative Steam and Lights Christmas trains after last year’s success.

Two evening trains will run on 17 selected days over the Christmas period, replacing the traditional Santa Specials which cannot operate because of COVID-19 measures.