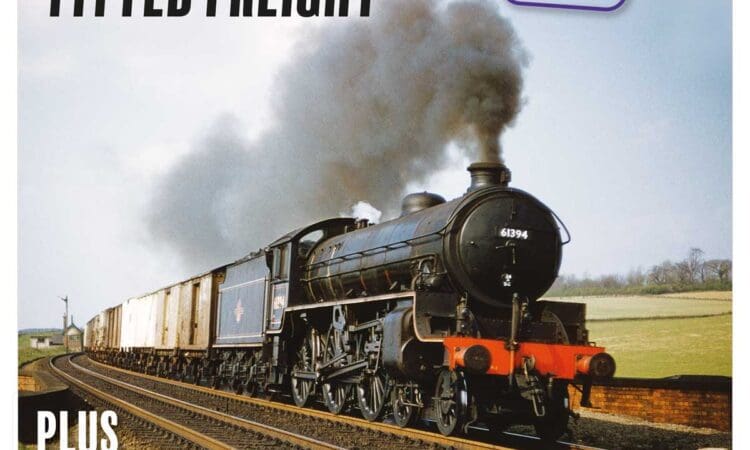 Packed with fully illustrated articles, Steam Days also covers the history of the railways of Great Britain from the early days of the 1800s through to the end of steam on British Railways in August 1968. The brand new September edition of Steam Days includes:

After World War II the LMS published a history of the extraordinary work undertaken by its civil engineers after 1937 – Frederick Rogers delves into this fascinating document.

Fed by countless local trip and medium distance goods duties, a series of core workings of continuously-braked stock operated from key yards along the East Coast main line. These trains travelled at higher speeds, thus offering unrivalled delivery times in the years before motorways. Much of the traffic travelled overnight for arrival at the start of the customers’ working day, be it vans, containers, livestock, cement or fish.

To mark its centenary, the Great Western Railway built two rakes of coaches for the rebranded ‘Cornish Riviera Limited’ which, as Andrew Wilson describes, were amongst the finest general use carriages.