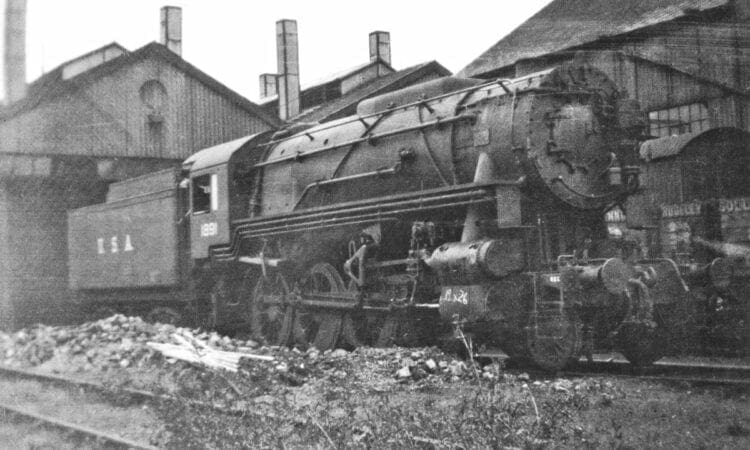 The first Diamond Jubilee Gala will take place on July 31 and August 1 and is set to feature five or six locomotives in action and working passenger trains on the Didcot Railway’s two demonstration lines.

S160 No. 6046 visiting from the Churnet Valley Railway will headline the event, recalling the days when six of the gargantuan American-built locos were allocated to Didcot in 1943.

The line-up will also include Lambton Colliery No. 29 visiting for the summer from the North Yorkshire Moors Railway.

Recently restored 1340 ‘Trojan’ – the oldest, working, standard-gauge GWR locomotive – will also be in action along with the award-winning Saint 2999 ‘Lady of Legend’.

Two of Didcot Railway Centre’s diesels will play their part in the celebrations with Class 14 D9516 and 08604 ‘Phantom’ which is normally confined to shunting duties taking a turn on passenger workings.

Graham Hukins, Head of Visitor Experience & Marketing, said: “We’re keen to welcome 6040, as the Class is one of the few that were based at Didcot in Great Western days that has not made an appearance in the preservation era.”

“Most things are in place but the process to approve transport across Network Rail metals from Didcot West Yard to the Centre takes a little time,” added Mr Hukins.

In addition to passenger trains, the event will feature goods workings, demonstrations of the 70ft turntable in action, a chance to see locomotives taking coal from the Grade II Listed coal stage and all the action as a coal truck is propelled up the steep incline to the coal stage.

“Although the event will be after the revised date for Step 4 of the Government’s easing of lockdown restrictions, we are having to plan with the possibility of some measures still being in place so using open plan rolling stock will have to wait until later in the year.

“We’re planning ‘Part 2’ of the celebrations to round of the season in October which will give us time to see the shape of the new normal and look at how we can showcase vehicles such as the Society’s first carriage, Auto Trailer 231, and the 81 year-old GWR diesel Railcar No. 22.”

Tickets are limited and must be booked in advance at DidcotRailwayCentre.org.uk where readers can also find full details and updates on the event.

Following the gala, the Centre is open at weekends plus Wednesdays and Thursdays throughout August.

Full details and bookings can be found at DidcotRailwayCentre.org.uk