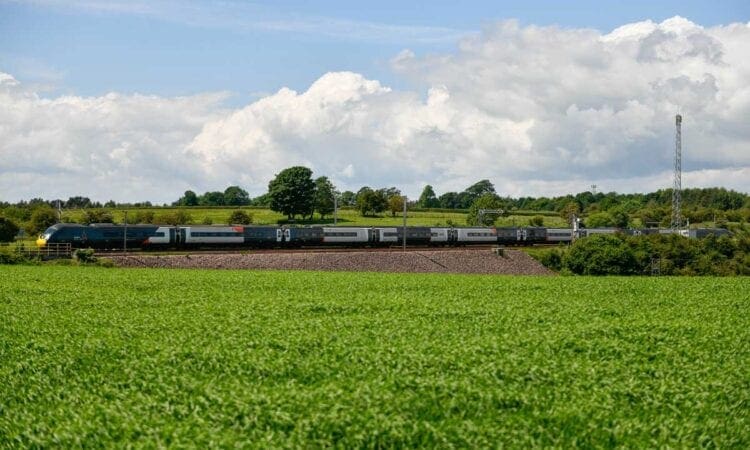 An attempt to break the 36-year-old record for the fastest rail journey between London and Glasgow has failed.

Avanti West Coast and Network Rail , in association with The Railway Magazine, had teamed up today to attempt to break the record for the fastest journey from London to Glasgow.

The intercity operator’s iconic Pendolino set No. 390044 departed London Euston at 10.36 for a non-stop journey to Glasgow Central, aiming to beat the current record of 3 hours 52 minutes and 40 seconds.

Here are a selection of photos taken from an eventful day on the UK’s railway.

“A bid to beat the fastest London to Glasgow time for a train, set 36 years ago by British Rail’s APT-P has missed out by just 21 seconds.

“On June 17, Avanti West Coast and Network Rail, in collaboration with The Railway Magazine made a valiant bid to smash the record of 3hour 52 mins and 40 secs, set on December 12, 1984, but narrowly failed.

“Before the start of the journey at Euston, Pendolino No. 390044 was named Royal Scot by Network Rail chairman Sir Peter Hendy.” Chris Milner reflects on an eventful day.

A seven-year restoration of steam locomotive Horden has been completed at the Tanfield Railway.

The 1904-built steam locomotive was officially relaunched into traffic over the weekend of June 12/13 at the Tanfield Railway.

The railway has described the achievement as a triumph, especially in a year overshadowed by problems ranging from historical accident damage to the theft of £20,000 of components during the first COVID-19 lockdown.

A series of fresh rail strikes will be held in a dispute over guards’ contracts on East Midlands Railway.

Members of the Rail, Maritime and Transport union (RMT) on East Midlands Railway will walk out for eight days over the summer.

The union has accused the company of issuing inferior contracts to some train guards.