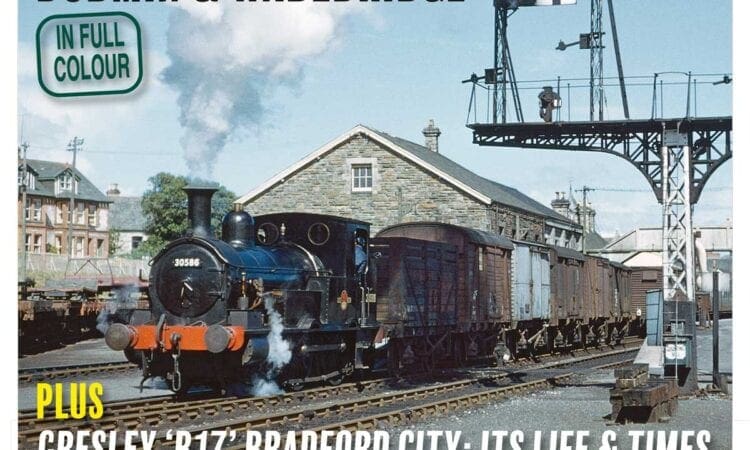 Packed with fully illustrated articles, Steam Days also covers the history of the railways of Great Britain from the early days of the 1800s through to the end of steam on British Railways in August 1968. The brand new June edition of Steam Days includes:

One of the iconic ‘Footballers’, Bradford City, proved to be the last ‘B17’ in traffic, but as Andrew Wilson relates, the lightweight 4-6-0s had a difficult gestation.

Completed by the GWR in 1874 and best known for its top link passenger locomotives, Alan Williams looks back at the engine shed at the heart of Swansea’s main line activities through to its closure on 11 June 1961.

Boasting two termini, Swedebasher considers high season Monday to Friday railway operations into, and out of, this Fylde seaside resort in the days before widespread dieselisation.