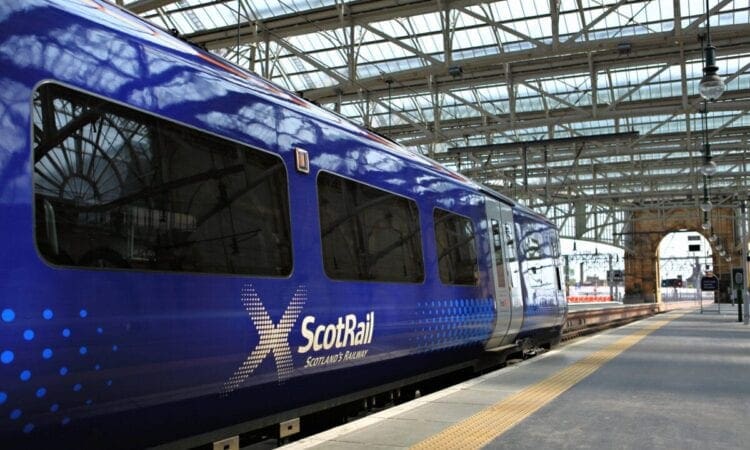 ScotRail franchise to be nationalised from 2022

The ScotRail rail franchise will be nationalised from 2022, the Scottish Government has announced.

Train services will be run by the Government as an “operator of last resort” when the current contract with Abellio ends next March.

The Transport Secretary, Michael Matheson, told the Scottish Parliament he had ruled out extending the existing contract with the Dutch rail operator because “the current franchising system is no longer fit for purpose”.

Plea to save Llangollen Railway

The Llangollen Railway Trust Ltd directors have provided an update on their position following news this month that the Railway invited the bank to appoint receivers.

The Llangollen Railway PLC said it was insolvent to the extent of £350,000 and could no longer continue to trade legally.

Network Rail should make more use of drones and helicopters to inspect the railway, an investigation launched after the Stonehaven crash has found.

This was one of the conclusions reached by a task force led by Lord Robert Mair, emeritus professor of civil engineering at the University of Cambridge, to examine the management of railway cuttings and embankments.

The report was published alongside a study into the impact of heavy rainfall on the railway.

Transport firm Go-Ahead Group has defended its multimillion-pound rail profits despite the Government’s £10 billion bailout of the industry.

Chief executive David Brown said its services are “an absolute bargain” for taxpayers, insisting “you will not get that cheaper through a nationalised industry”.

The company, which runs Govia Thameslink Railway and Southeastern, recorded a rail operating profit for the six months to January 2 of £6.5 million, before exceptional charges relating to its operations in Germany.

The charity has released a film which touches on the distressed and depressed life of a young man who experiences positive moments in a train station.

The Department for Transport (DfT) is to open a second headquarters in Birmingham and a northern hub in Leeds by 2025.

A total of 650 jobs will be created across the two cities by that date as part of the plan, the DfT said. The department’s existing headquarters in Westminster will be maintained.

CrossCountry – Train services are now able to run normally between Bristol Parkway and Newport.
Gatwick Express – Gatwick Express services remain suspended until further notice. Southern and Thameslink are still running to and from Gatwick Airport, and will provide journey options to both London and Brighton.
Grand Central – Following the Government decision to impose a national lockdown on 4 January 2021 and a national “Do Not Travel” recommendation, Grand Central have taken the decision to suspend their services until the end of Friday 26 March. You can find more information here.

No service between Romford and Upminster while we fix a faulty train at Romford. London Overground tickets are being accepted on London Underground via any reasonable route.

Until Tuesday 6 April, late evening weekday trains at 2303 2333 and 0048 from Liverpool Street to Chingford will not run due to staff shortage.